In Case You Missed It


From Bob Mayer, one of the hardest working writers I know.  He's also smart, generous, and changes with the times.

{he also has some give-aways going on}


About Bob Mayer :West Point Graduate, former Green Beret and NY Times bestselling author Bob Mayer has had over 50 books published. He has sold over five million books, and is in demand as a team-building, life-changing, and leadership speaker and consultant for his Who Dares Wins concept. He's been on bestseller lists in thriller, science fiction, suspense, action, war, historical fiction and is the only male author on the Romance Writers of America Honor Roll. Born in the Bronx, Bob attended West Point and earned a BA in psychology with honors and then served as an Infantry platoon leader, a battalion scout platoon leader, and a brigade recon platoon leader in the 1st Cavalry Division. He joined Special Forces and commanded a Green Beret A Team. He served as the operations officer for 2nd Battalion, 10th Special Forces Group (Airborne) and with Special Operations Command (Special Projects) in Hawaii. Later he taught at the Special Forces Qualification Course at the John F. Kennedy Special Warfare Center and School at Fort Bragg, the course which trains new Green Berets. He lived in Korea where he earned a Black Belt in Martial Arts. He's earned a Masters Degree in Education.


‘Tell me a story’ is an appeal from our most primeval selves. You can aspire to explore the human heart, to analyze cultural conditions, to propose social reforms and to discuss philosophical ideas, but if your want to fascinate, to hold on to your readers, also tell them a good story. ~ Jerome Stern 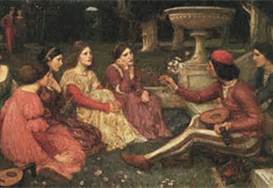 Thanks for the thrills, the laughs, the chances you took with stories, the great characters you left behind.
Thanks for redefining the modern thriller and reshaping fictional dialogue.

You can find more on Leonard here.  As the Times article mentions, his death was announced on his web site. He was working on his 46th book.

In case you have not run across his Ten Rules for Writing,  here they are.
Keep writing, keep dreaming, build a legacy
Posted by Jessica at 3:02 PM

You’ll need coffee shops and sunsets and road trips. Airplanes and passports and new songs and old songs, but people more than anything else. You will need other people and you will need to be that other person to someone else, a living breathing screaming invitation to believe better things. Jamie Tworkowski 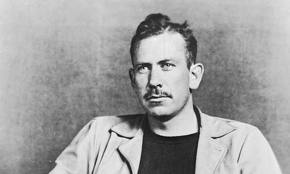 Culled from his altogether excellent interview it the Fall 1975 issue of The Paris Review.


1. Abandon the idea that you are ever going to finish. Lose track of the 400 pages and write just one page for each day, it helps. Then when it gets finished, you are always surprised.
2. Write freely and as rapidly as possible and throw the whole thing on paper. Never correct or rewrite until the whole thing is down. Rewrite in process is usually found to be an excuse for not going on. It also interferes with flow and rhythm which can only come from a kind of unconscious association with the material.
3. Forget your generalized audience. In the first place, the nameless, faceless audience will scare you to death and in the second place, unlike the theater, it doesn't exist. In writing, your audience is one single reader. I have found that sometimes it helps to pick out one person—a real person you know, or an imagined person and write to that one.
4. If a scene or a section gets the better of you and you still think you want it—bypass it and go on. When you have finished the whole you can come back to it and then you may find that the reason it gave trouble is because it didn't belong there.
5. Beware of a scene that becomes too dear to you, dearer than the rest. It will usually be found that it is out of drawing.
6. If you are using dialogue—say it aloud as you write it. Only then will it have the sound of speech.

"If there is a magic in story writing, and I am convinced there is, no one has ever been able to reduce it to a recipe that can be passed from one person to another. The formula seems to lie solely in the aching urge of the writer to convey something he feels important to the reader. If the writer has that urge, he may sometimes, but by no means always, find the way to do it. You must perceive the excellence that makes a good story good or the errors that makes a bad story. For a bad story is only an ineffective story.”
Posted by Jessica at 6:30 AM 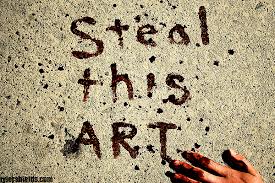 “Nothing is original. Steal from anywhere that resonates with inspiration or fuels your imagination. Devour old films, new films, music, books, paintings, photographs, poems, dreams, random conversations, architecture, bridges, street signs, trees, clouds, bodies of water, light and shadows. Select only things to steal from that speak directly to your soul. If you do this, your work (and theft) will be authentic. Authenticity is invaluable; originality is non-existent. And don’t bother concealing your thievery - celebrate it if you feel like it. In any case, always remember what Jean-Luc Godard said: “It’s not where you take things from - it’s where you take them to.”
― Jim Jarmusch
Posted by Jessica at 5:15 PM

To keep a story simmering, remember this: All types of conflict in a story must be some sort of test. Force a character to make tough choices that he or she would rather ignore. Make the choices and problems linked to his or her emotional core.
Posted by Jessica at 5:08 AM

In Case You Missed it: Favourite First Lines

These beauties come from writers on the 2013 Man Booker prize longlist.


I think my favorites are :

We shot dogs."
Redeployment (Phil Klay)
(to be published in the UK early next year)
The thrill and terror of a first line is that it can go absolutely anywhere. It's a doorway. After that the house takes shape. I have seldom been so stunned by an opening line as when I opened an application for the creative writing programme at Hunter College, New York, and read the line: "We shot dogs." What made this all the more intriguing was that the application was from a young former marine, Phil Klay, who had served in Iraq and was now looking to a career in literature. The line is simple of course. Three words. Ten letters. It is shocking and direct and intimate and rhythmically violent. I knew almost instantly this was a writer with a future. "We shot dogs" plunges the reader into a world that is urgent, intimate, informative – and it teaches us to how to read the rest of the collection. Collum McCann 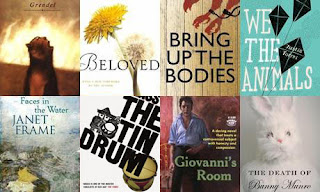 "We wanted more."
We the Animals (Justin Torres)
Just three words, almost as if to say words are expensive, but the line still manages to do so much as Torres captures the urgency that pervades the story of three young brothers and their dysfunctional family. We wanted more; besides introducing us to the boys as a unit, the line a t once speaks to a demand, a need, and a desire, it's punch quickly growing from the use of repetition as we are plunged into the chaos of the brothers' lives. The novel keeps looking back to where we started – the first line, and wanting more. Noviolet Bulowayo

"To write well about the elegant world you have to know it and experience it to the depths of your being... what matters is not whether you love it or hate it, but only to be quite clear about your position regarding it."~Italo Calvino
Posted by Jessica at 3:13 PM 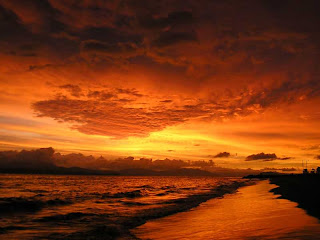