The way to do a piece of writing is three or four times over, never once. For me, the hardest part comes first, getting something -- anything -- out in front of me...

Then, as you work it over and alter it, you begin to shape sentences that score higher with the ear and eye. Edit it again, top to bottom. The chances are that about now you'll be seeing something that you are sort of eager for others to see. And all of that takes time.~ John McPhee 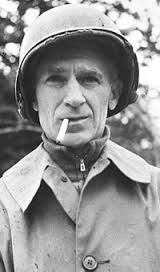 His style was so simple it became elegant. His plain-spoken Midwestern approach understated and yet potent. And he suffered all the privations and horrors of war along with the men who were serving.

"This northern warfare has been in the mountains. You don’t ride much anymore. It is walking and climbing and crawling country. The mountains aren’t big, but they are constant. They are largely treeless. They are easy to defend and bitter to take. But we are taking them."
- The God-Damned Infantry, May 2, 1943

You can find Pyle's works at the  Indiana University School of Journalism
One of my favorite articles is here, The Death of Captain Waskows
Although I first read it years ago it has always stayed with me. Here is an excerpt:

"I was at the foot of the mule trail the night they brought Capt. Waskow’s body down. The moon was nearly full at the time, and you could see far up the trail, and even part way across the valley below. Soldiers made shadows in the moonlight as they walked.

Dead men had been coming down the mountain all evening, lashed onto the backs of mules. They came lying belly-down across the wooden pack-saddles, their heads hanging down on the left side of the mule, their stiffened legs sticking out awkwardly from the other side, bobbing up and down as the mule walked.

The Italian mule-skinners were afraid to walk beside dead men, so Americans had to lead the mules down that night. Even the Americans were reluctant to unlash and lift off the bodies at the bottom, so an officer had to do it himself, and ask others to help.

The first one came early in the morning. They slid him down from the mule and stood him on his feet for a moment, while they got a new grip. In the half light he might have been merely a sick man standing there, leaning on the others. Then they laid him on the ground in the shadow of the low stone wall alongside the road.

I don’t know who that first one was. You feel small in the presence of dead men, and ashamed at being alive, and you don’t ask silly questions."

Meanwhile, let's not forget the families of those who serve.
Posted by Jessica at 9:55 AM 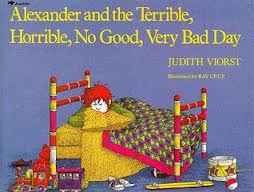 Bitter Truth: Every Writer has an Off Day

Keep writing, keep dreaming, have heart
Posted by Jessica at 7:16 AM

Another helpful post for those of you sending off that oh-so vital query letter. Find the article here

And how can you resist a blog that's called, Hey, There's a Dead Guy in the Living room?
Posted by Jessica at 7:35 AM

Should you Self Publish?

This is the most thoughtful article I've found on the topic. Find it here.

Keep writing, keep dreaming, have heart.
Posted by Jessica at 7:26 AM

The best of good books have purposeful slowdowns in pace from time to time because the author knows that readers, like athletes, must catch their breath. ~ Sol Stein
Posted by Jessica at 4:14 PM

Time is Running Out

To register for Summer in Words 2013


ou don’t want to miss the stellar line up of professionals and bestselling authors. There are only 6 places left so if you’re planning on registering, please do so soon.   Expect craft workshops that you can immediately put to use and inspiration that will propel you to your next steps. If you’re staying at the Hallmark Inn & Resort, make your reservation by May 20th to receive the group rate.
Hallmark Inn: 1-888-448-4449
This year’s theme: Deep as the Ocean
Keynote Speaker: Jonathan Evison
Posted by Jessica at 12:12 PM

Open Submissions for Airlie Press through May 31

This is the last month of Airlie Press's open reading period for new books. As advisory board member Dorianne Laux puts it, Airlie is "a tribe of poets who ferret out new voices to add to the choir of sustaining voices we long to hear." To be considered for publication in fall 2015, send full-length poetry manuscripts (65-80 pages) to Airlie Press.

Full guidelines can be downloaded by going to http://airliepress.org/join-us where you can also read about our selection process and what it means to be part of a collective press.

Each year we are amazed by the rich trove of literary talent in the Northwest. We hope you will consider adding your voice to the choir!

The Editors
Airlie Press
Posted by Jessica at 11:12 AM 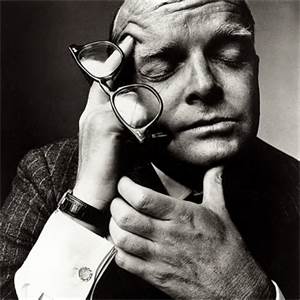 Inspiration from Truman Capote
Truman Capote is a writer who has influenced me a lot with his graceful sentences and acute observations. Here are some quotes about writing that will perhaps pique your interest in reading his works. I especially recommend A Christmas Story.

I believe more in the scissors than I do in the pencil.

To me, the greatest pleasure of writing is not what it's about, but the inner music that words make.

Writing has laws of perspective, of light and shade just as painting does, or music. If you are born knowing them, fine. If not, learn them. Then rearrange the rules to suit yourself

Finishing a book is just like you took a child out in the yard and shot it.

Failure is the condiment that gives success its flavor.


The true beloveds of this world are in their lover’s eyes, lilacs opening, ship lights, school bells, a landscape, remembered conversations, friends, a child’s Sunday, lost voices, one’s favorite suit, autumn and all seasons, memory, yes, it being the earth and water of existence, memory. (Other Voices, Other Rooms, 1948)
Posted by Jessica at 10:07 AM 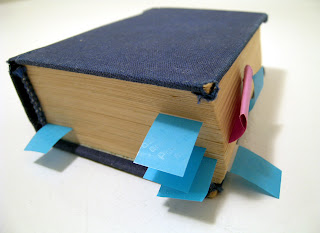 
If you believe you need help in close reading check out Francine Prose’s, Reading Like A Writer, A Guide for People who Love Books and for Those who Want to Write Them. Prose writes fiction and her fourteen novels include Blue Angel and A Changed Man. She is also an essayist and has written nonfiction books and children’s books. There are many reasons why you might want to read this book. First, Prose is a passionate reader and gifted writer so the language is gorgeous. She knows her way around a metaphor and anchors understanding with solid examples from her life and dozens of excerpts from published works to make her points.
She has taught a lot and the book is chocked full of techniques and wisdom she’s passed along to her students such as, “The two most important things I told them, were observation and consciousness. Keep your eyes open, see clearly, think about what you see, ask yourself what it means….in most cases the fact remains: the wider and deeper your observational range, the better, the more interestingingly and truthfully you’ll write.”
In her humorous chapter about what she learned from reading Chekov, she passes along fiction lessons from a class she taught in the late 1980s while she was reading Chekov’s short stories on her commute home. The chapter describes how his stories continually disproved the lessons she was teaching, until finally, she confesses, “By now, I had learned my lesson. I began telling my class to read Chekhov instead of listening to me.”

Prose is simply a brainiac, with thoughtful and in-depth explorations of topics.  She’s also amazingly well read and quotes a diverse array of writers including the most enduring writers like Samuel Beckett, Jane Austen, Dostoyevsky, Flaubert and George Elliot. But she also uses a segment from J.D.Salinger’s Franny and Zooey to illustrate the importance of specific details, she quotes John Le Carre´ on using dialogue to advance the plot; a David Green story for how dialogue creates subtext, and a Philip Roth story for the effectiveness of a gestures. 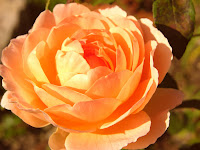 On her last page she advises: "If we want to write, it makes sense to read—and to read like a writer. If wanted to grow roses, we would want to visit rose gardens and try to see them the way a rose gardener would.”